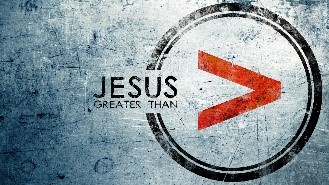 Introduction: Earlier we sang a hymn that was written in the 1800’s by a woman name Frances Havergal. I’d like to read it for you. PP:

Take my life, and let it be

Take my moments and my days.

Let them flow in ceaseless praise.

Take my hands, and let them move

at the impulse of Thy love.

Take my feet, and let them be,

swift and beautiful for Thee.

Take my voice, and let me sing,

always, only, for my King.

Take my lips, and let them be

filled with messages from Thee.

Take my silver and my gold;

not a mite would I withhold.

Take my intellect and use,

every power as Thou shalt choose.

Take my will, and make it Thine;

it shall be no longer mine.
Take my heart, it is Thine own;

it shall be Thy royal throne.

Take my love, my Lord, I pour;

at Thy feet its treasure store.
Take myself, and I will be ever, only, all for Thee.

What’s that hymn talking about? What are the words to this hymn asking us to do, as followers of Jesus Christ?

ILL: PP: In one of his books, Watchman Nee, said that we approach God like little children with open hands, begging for gifts. Because He’s a good God, He fills our hands with good things; life, health, friends, money, success, recognition, marriage, children, a nice home, a good job, all the things that we count at Thanksgiving when we count our blessings.  And so like children, we rejoice in what we have received and run around comparing what we have with each other.

When our hands are finally full, God says,

“My child, I long to have fellowship with you. Reach out your hand and take My hand.” But we can’t do it because our hands are full.

“God, we can’t,” we cry. “Put those things aside and take my hand.” “No, we can’t it’s too hard to put them down.” “But I am the one who gave them to you in the first place.” “O God, what you have asked is too hard. Please don’t ask us to put these things aside.” And God answers quietly, “You must.”

Watchman Nee himself said: I want nothing for myself, I want everything for the Lord.

These words summed up the life of one of the most important Chinese church leaders, evangelists, writers, and martyrs of the last century.

PP: Background: And I believe that, by faith, Abraham wanted the very same thing. But to get there, Abraham had to go through a time of testing by God.

You see, we’ve already seen in Hebrews 11 that faith and obedience are inseparable.

And today, we’ll see all of this lived out, in real time, by the real person, Abraham.

This is why this test was so great, so important. We’ll see God had a better plan for Abraham and

Transition: The challenge of our text this morning is this…  Will you hold onto what you have or will you offer it to the Lord and say,

PP: By faith Abraham, when he was tested, offered up Isaac…

This incident takes place about 12 or so years from the end of Genesis 21. Isaac as was now about the same age as Ishmael was when God told Abraham to send him away, never to see him again.

It’s one thing to profess your faith in God when you’re waiting for something from Him, it’s quite another thing to have faith to obey when God answers.

God was very specific in his call to Abraham in Genesis 22:2 PP:  Take your son, your only son Isaac, whom you love, and go to the land of Moriah, and offer him there as a burnt offering on one of the mountains of which I shall tell you.

God was reminding us and Abraham that Isaac was Abrahams dearest possession in life. What God was asking him to do touched the very center of Abrahams being.

There is something to note of here.

We read that Abraham… simply obeyed.

We know that Abraham did struggle with obeying God at times throughout his life. But, it seems that each failure to obey, helped develop the discipline of having faith in God and in what He said… then obeying God.

PP: … and he who had received the promises was in the act of offering up his only son

And that may look to be true, only the Greek grammar used in Hebrews 11:17 was in the act of offering up indicates that as far as Abraham was concerned, Isaac’s sacrifice was complete, it was a done deal. To put it another way, to Abraham, Isaac was already dead.

So lets get the big picture here.

But, Abraham was not just sacrificing what he loved most in life, he was also sacrificing the fulfillment of the promises God made to him… it was promised that Isaac would have descendants.

The fulfillment of the promises God made to Abraham, necessitated Isaac staying alive.

By God’s amazing power and love, He gave Isaac to Abraham. And Isaac filled Abraham’s hands. Now God was asking him to put Isaac aside to walk in a deeper fellowship with Him.

Friends, listen. Being a Christian, a follower of Jesus, requires a faith that obeys, even, when in that obedience we may need to empty our hands of all the wonderful and amazing things God has blessed us with.

That’s what Jesus meant when he said this in Luke 14:26 PP: If anyone comes to Me and does not hate his own father and mother and wife and children and brothers and sisters, yes, and even his own life, he cannot be My disciple.

PP: By faith, sacrificing something for God isn’t all that hard, when it’s something we don’t value much. Right?

Christian, God asked Abraham for nothing less than his best… Faith, requires sacrifice.

PP: of whom it was said, “Through Isaac shall your offspring be named.”

The dilemma was obvious.

Now, you may have never been put in that position, but I’m certain there have been times that God seemed to be telling you something that just didn’t make sense.  When that happens, our faith often stumbles when God doesn’t make everything clear.

Back to Genesis 22:5 PP: Then Abraham said to his young men, “Stay here with the donkey; I and the boy will go over there and worship and come again to you.”

Abraham told his servants that he and Isaac will go to worship God and then return… the meaning of the text is that they, both, will return.

Abraham… trusted God and His word.

Christian look, your faith will be tested. You’ll need an anchor that’ll hold you steady when nothing seems to make sense… that anchor is God’s Word.

PP: He considered that God was able even to raise him from the dead, from which, figuratively speaking, he did receive him back.

But she couldn’t leave her work behind. With only one assistant, she led a hundred-plus orphans over the mountains toward Free China.

During Glaydy’s harrowing journey out of war-torn Yangcheng – she grappled with despair as never before. After passing a sleepless night, she faced the morning with no hope of reaching safety. A thirteen-year-old girl in the group reminded her of their much-loved story of Moses and the Israelites crossing the Red Sea. “But I am not Moses,” Gladys cried in desperation. “Of course you aren’t,” the girl said, “but Jehovah is still God!”

PP: Remember that Abraham told his servant that he and Isaac will return after worshipping God. What was he thinking? Well, we actually know because the writer of the Book of Hebrews tells us.

It was the only way he saw God keeping his promises to him if he was obedient and sacrificed Isaac.

Look, Abraham knew personally that God made a promise to give him and Sarah a son, even though they were well past childbearing age.

The text tells us that Abraham considered that God was able. Pastor Steven Cole explains it this way: The Greek word translated considered… means… to take into account, in light of the facts.

Abraham did not blindly take a leap of faith. Rather, he considered God’s attributes and character.

He had promised that in Isaac, Abraham’s descendants would be numbered.

Therefore, God must be planning to raise Isaac from the dead! What logic! (end quote)

Abraham had faith, he trusted in God’s character.

And through the exercise of his faith, God did the impossible…

He trusted God to provide a way in the midst of what looked like an impossible situation.

It reminds me of one of the songs we sing: PP:

God will make a way, where there seems to be no way.

He works in ways we can not see. He will make a way for me.

He will be my guide, hold me closely to His side.

With love and strength for each new day,

Conclusion: PP: There was a movie that came out a number of years ago starring Tom Cruise called ‘Jerry Maguire’. Tom Cruise played a sports agent and he was down to his last client, Cuba Gooding jr.. Do you remember Cuba Gooding jrs famous line from that movie?

Cuba Gooding jrs. character was a flamboyant but talented football player who was out of a contract and needed his agent to do more for him than promise that everything will be all right.

As I was reading over this text, all I kept thinking of was God saying to Abraham:

I heard God say to Abraham,

And followers of Jesus, listen closely… God is asking each of us today that very same thing.

Abraham faced the most difficult decisions he ever had to face. But he followed through, even though it hurt. And that’s where real faith is revealed,

We obey… through faith.

Making the decision to follow in faith is easy at church with other Christians around. But what happens when you’re at school, work or even in the privacy of your own home? Does your faith  follow through… with obedience?

God is calling out to each and every Christian today:

Christian… show Me your faith!